More than Sticks and Bricks ...

The Architecture of the Rising Sun Inn 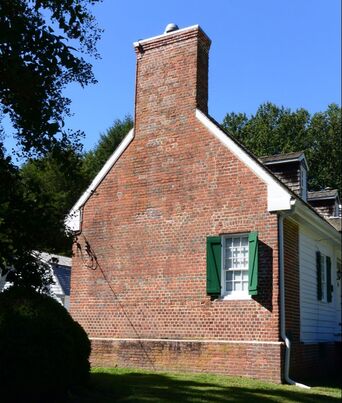 ​Listed on the National Register of Historic Places, the Rising Sun Inn is an exceptional survivor of a 18th century framed farmhouse and tavern. Largely intact, it provides us with an excellent example of Pre-Revolutionary construction and a glimpse into the life of a tavern and inn-keeping colonial family. The earliest section of the Inn was built in 1753 by Edward Baldwin, a planter in Anne Arundel County, while the tavern and Inn expansion was built by Edward's son and Revolutionary War patriot, Henry Baldwin.

The Friends of the Rising Sun Inn, a 501(c)3 non-profit organization, is firmly committed to keep this special, historic building standing strong.

The house itself, constructed in two sections, measures approximately 20 X 60 feet. The earlier section containing the tap room, circa 1753, has a gable roof and features a brick gable end, laid in header bond. Colonial header bond brickwork is uncommon in the United States, surviving examples are rare outside of Annapolis and Chestertown. This end of the house also includes an interior chimney that serves the basement, first floor, and second floor.

In the late 18th century, circa 1784, the house was enlarged with a framed, one-room gambrel roof wing added to the northwest gable end of the house. A brick exterior end chimney is located at the northwest elevation of this wing. 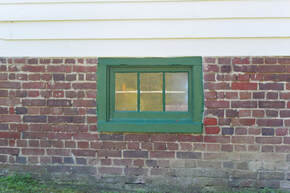 ​In its present form today, the house displays a center passage plan with one room to both sides and one room addition on the northwest end.

Both sections of the Rising Sun Inn rest on a brick foundation laid in English bond, with a seam in the foundation marking the two sections. The walls are covered with random-width weatherboards, with some of the boards noted to be beaded. The roof is covered with wooden shingles.
​All of the house’s windows are 9/6 sashes with vertical board shutters, except for those windows on the northwest addition, which are 6/6 sash windows. The pitched roof dormers are 4/2 sash windows and several three-pane windows light the basement. ​ 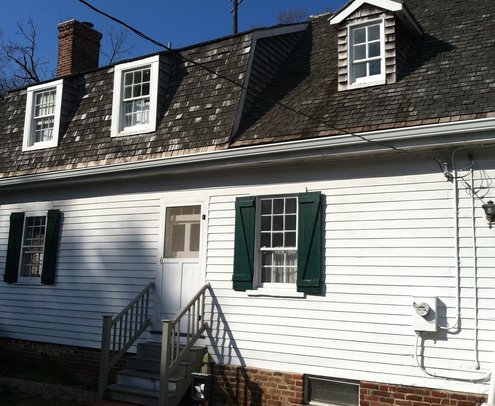 A pediment, one-story wide frame porch frames the main entry door, which is surmounted by a seven-pane transom and flanked by three pane sidelights. Stepping in through the front door, you enter the earlier 1753 section of the house. The main entry opens into the oldest part of the house, which originally was the center hallway with one room on either side until the first addition was added on in 1784.  ​
​ 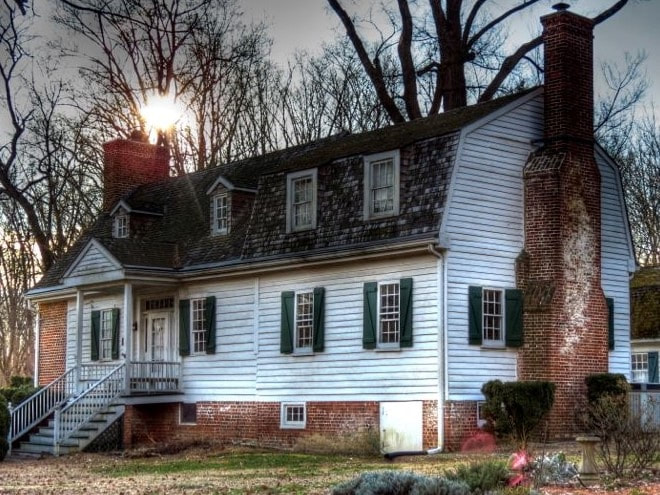 Just inside the main entrance is a door on the left that leads to a small taproom.  The Rising Sun Inn was used as a tavern during the late 18th century and still has the original built-in rounded arch cupboards.  One cupboard has a raised paneled door with H-hinges and a lock.  Inside the cabinet is a semi circle cutout shelf to hold the keg.  The other cabinet has a glass paned door also with H-hinges.  Centered in the taproom is the fireplace with a 20th century mantel. 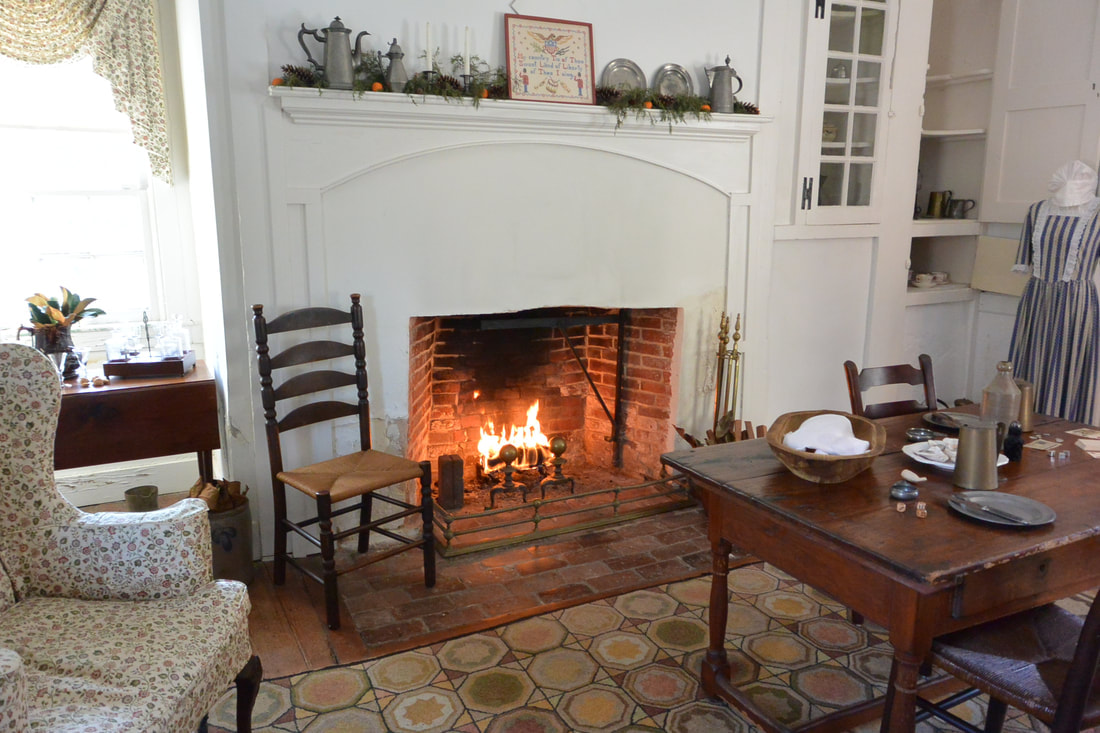 To the right of the main entrance is the remainder of the first floor with the 1784 gambrel-roof addition.  A portion of the central room against the back wall was enclosed to accommodate a small modern kitchen. Passing through the central room under a large arched opening is the addition with a centered fireplace and mid-19th century mantel. (A batten door off this room once leading into the kitchen has now been blocked.) The stairway to the second floor is at the end of the main hallway next to the rear entrance. The floor plan of the second floor is the same as the first. At this time, no visitors are allowed to the second floor. 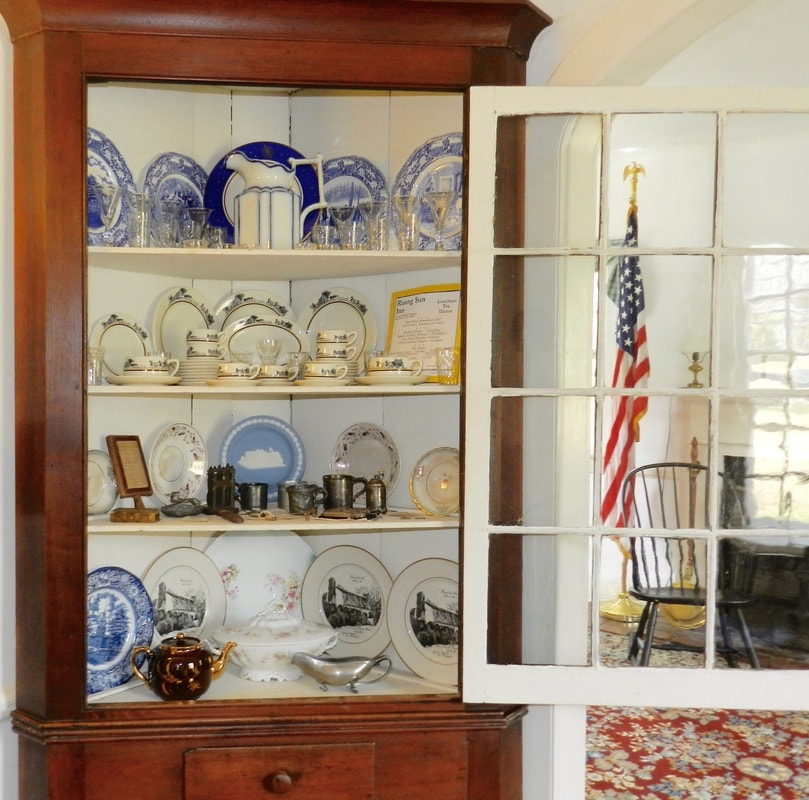 There are two rear entrances to the house, although the gambrel rear entrance has been blocked.  Also present is a gable roof frame bulkhead that covers the entrance into a full basement.  The stairway to the full basement is in the kitchen.  The floor joists in the 1753 section of the basement are hand hewn while the joists in the gambrel addition are 20th century replacements with cross bracing support. 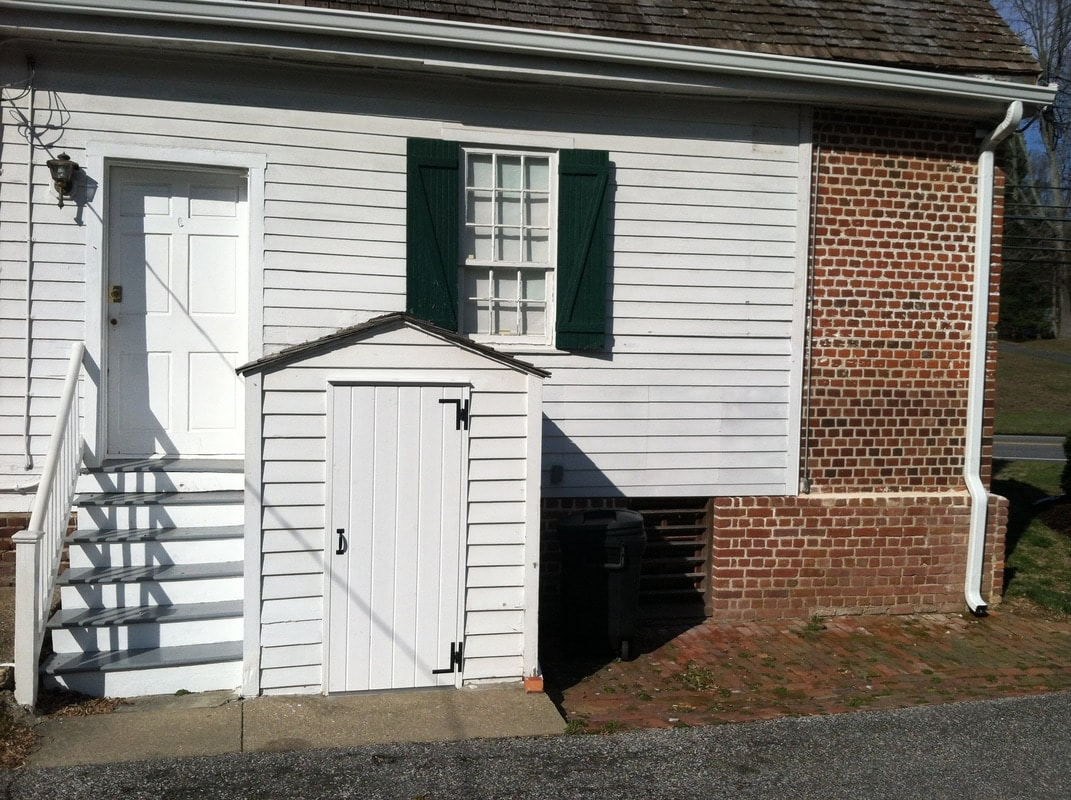